Dolley Madison lived through the two wars that established the U.S., was friends with the first 12 Presidents, and watched America evolve from a struggling young republic to the first modern democracy in the world. She was nicknamed “Queen Dolley,” and when she died in 1849 at the age of 81 — one of the last remaining members of the founding generation — Washington City honored her with the largest state funeral the capital had ever seen for a woman.

The U.S. House of Representatives has proposed cutting 100% of federal funding for public broadcasting.

Legislation to eliminate funding for public broadcasting overlooks the critical value that PBS member stations provide, especially to parents and their children.

PBS and public television stations are America's largest classroom, the nation's largest stage for the arts and a trusted window to the world - all at the cost of about $1 per person per year. Federal funding provides vital seed money for PBS' nearly 360 member stations, which are locally owned and operated, supporting important programming and initiatives, particularly among underserved groups like rural populations who wouldn't otherwise be able to access public media content and services.

Now is the time to let your representative know how you feel about the elimination of funding for public broadcasting.

Find out how to call or email your representative and follow the issue at Facebook.com/170Million or www.170millionamericans.org. 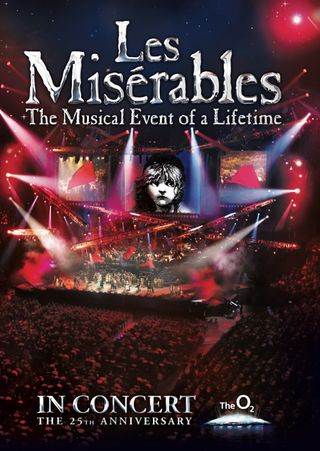 No one could have guessed on October 8, 1985, when Les Misérables opened in London at the Barbican Theatre that it would become a worldwide phenomenon, but audiences embraced it from the start, creating a “people’s musical” that has played in 42 countries and has been seen by nearly 60 million people.

In 2010, the legendary musical celebrated its 25th birthday, and to mark the occasion, producer Cameron Mackintosh staged an extraordinary concert at the O2 Arena in London. WPBT2 will air Les Misérables 25th Anniversary Concert at the O2 on Sunday, March 6, 2011 at 7:00p.m. 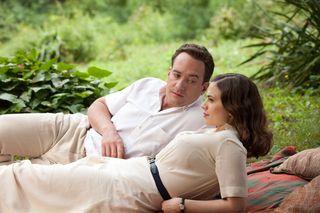 MASTERPIECE Classic presents a three-part adaptation of this moving tale of adventure, romance, and heartbreak on Any Human Heart, airing Sundays, February 13, 20, and 27, 2011 at 9pm on WPBT2.

A trio of great British actors play the different life stages of Logan Mountstuart, the hero of William Boyd’s acclaimed novel about a writer, lover, art dealer, and spy living by his wits in the tumultuous 20th century.

Oscar-winner Jim Broadbent (Iris, Moulin Rouge!) stars as Mountstuart in his dotage, with Matthew Macfadyen (Little Dorrit, Pride & Prejudice) as the hero in his prime and Sam Claflin (The Pillars of the Earth) as the eager seducer in his impetuous youth.

Adapted by Boyd, the production was hailed as “an absolute treat” by The Guardian (London) during its recent UK broadcast. The review extolled the series as “a witty, touching, intimate romp through one man’s life, and through a big chunk of the 20th century, directed with panache, and with fine performances wherever you look.”

WPBT2 Kicks Off the Month of February with Great Programming!

Go behind the scenes for a revealing look at television from yesteryear with Pioneers of Television airing Tuesdays at 8:00pm on WPBT2.

Utilizing new interviews with legendary stars, along with never-before-seen images and timeless footage that still entertains decades later, this special brings to life the fascinating history of some of the most successful and beloved shows in television.

Hold onto your seats as you journey through outer space with The Space Age: NASA’s Story airing Tuesdays at 9:00pm on WPBT2.

The Space Age: NASA's Story offers a fresh look at an amazing organization and mankind's quest to understand the universe. Blending stunningly restored footage with revealing, insightful and engaging interviews with the people who were there - the astronauts, family members and journalists - this is an epic story of the heroes, the triumphs and the tragedies of space exploration.

If that isn’t enough, take a tour through paradise with Wild Caribbean airing Wednesdays at 8:00pm on WPBT2.

The Caribbean is the embodiment of paradise: crystal blue waters, magical coral reefs and lush tropical forests. Yet behind its beauty lie many dark and mysterious secrets. This four part series reveals both the magic and the drama of a violent paradise.

An American Presidency Through the Lens of a Camera

For 50 years, presidential photographers have covered it all: upheaval, tragedy, joy — often developing friendships with the presidents they serve. Acting as both visual historians and key links between the public and the presidents, for these photographers no day is the same — whether they are aboard Air Force One, backstage at the State of the Union or in the heart of the West Wing.

As the 44th president’s chief photographer, Pete Souza is never far behind President Obama. Now, in the new National Geographic Special, “The President’s Photographer: 50 Years in the Oval Office,” airing on WPBT2 on Wednesday, November 24 at 8:00 p.m, viewers get to follow Souza, and those who came before him, for a behind-the-scenes look at the everyday grit of the American presidency. It’s a chance to see what it’s like to cover the most powerful man in the world, for history. 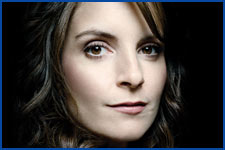 On Sunday, November 14, 2010, WPBT2 will air a special honoring Tina Fey with the Mark Twain Prize for American Humor.  A lineup of top entertainers including Fred Armisen, Steve Carell, Jimmy Fallon, Jon Hamm, Jennifer Hudson, Jane Krakowski, Steve Martin, Seth Meyers, Lorne Michaels, and Betty White will salute Tina Fey in the Concert Hall at the Kennedy Center. The evening will pay tribute to the humor and accomplishments of the popular writer, producer, actress and comedienne.

Fey has earned an Emmy, two Golden Globes, three SAG Awards and a People's Choice Award for her performance as Liz Lemon on 30 Rock.  She has also earned an Emmy Award and two Writers Guild Award for her writing on Saturday Night Live and won an Emmy this year for Guest Appearance by an Actress in a Comedy Series for her portrayal of Sarah Palin on the 2008-2009 season of SNL.

World acclaimed musical violinist David Garrett returns to WPBT2 with a new one-hour special featuring the hit-songs from his newest album, “Rock Symphonies” on Monday, August 9, 2010 at 7:30pm on 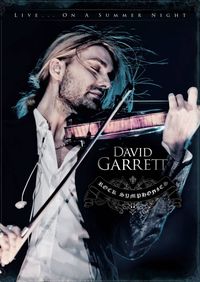 WPBT2 .  This concert was taped in HD on June 8th, 2010 at Wuhlheide Amphitheater, in the woods outside of Berlin, and before a sold-out audience of 18,000 fans, "David Garrett - Rock Symphonies" represents the virtuoso violinist’s second public television event, following on the heels of the highly successful "David Garrett Live In Berlin" PBS special, a recent sold-out U.S. tour, and appearances on Oprah, E! News and Fox & Friends.

During the WPBT2 broadcast, viewers will be offered a special ticket and a meet and greet opportunity for David Garrett’s upcoming live performance at the Gusman Center for the Performing Arts on February 25, 2011.  For more information, please call 800.222.9728 or visit wpbt2.org

This week here is What’s Up at WPBT2 – A look at the new Website, a ton of new music specials, reintroducing the Video Player and designer swimwear on uVu.

I never understood what the big “hype” was about with Antiques. Antiques Roadshow is the #1 hit PBS show and it’s coming to the Miami Convention Center this Saturday, July 10.  For over 15 years WGBH a

Boston PBS station has produced this show, and its getting a larger and larger following each year. With seven Emmy awards under its belt, the show proves to have some strong appeal.

I always thought “Antique” was just a nice way to say something was “old”. However, after much research, I’ve come to understand a bit more as to why people like the Antique phenomena.

For some it’s because it connects you to the past. Perhaps a place and time when you weren’t alive to see or be apart of, but this object (a piece of jewelry, or a household item) gives you the ability to connect with that particular era. Or with a relative (great-great-grandmother) the connection to the loved one, whom you only heard about through stories your mother told you.

Other people love antiques because of the treasures they find. For example one woman from Florida’s Gulf Coast who had a pair of sperm whale teeth with decorated scrimshaw designs. This woman paid only twenty cents (yep, you got it right 20¢) for these teeth, and they were worth an estimated $25,000 (can you say….OMG). With the money she received she was able to fix her house, which was damaged after hurricane Katrina.

People love antiques for many reasons and while I still haven’t jumped on the Antiques bandwagon completely, I will look twice before walking away from a garage sale.

So before throwing anything away, just think… Could this be worth something one day? If the answer is yes, you just might want to hold on to it.

If you don’t have tickets to this Saturday’s WPBT2’s Hosted Antiques Roadshow event, don’t worry WPBT2 has you covered, just check out http://www.uvuvideo.org/ or www.wpbt2.org the week of July 12th and you can see behind-the-scenes video of the event.

Let us know your thoughts on Antiques.