Great Performances is a production of THIRTEEN in association with WNET, one of America’s most prolific and respected public media providers.“Great Performances: Miami City Ballet Dances Balanchine &Tharp” will air Friday, October 28 at 9pm on WPBT2.


This is a screening only -- no live performance.

WPBT2 premieres Craft in America: Messages on May 24th at 8:00 pm

Craft in America: Messages, looks at the ways many craft artists go beyond skill to personal and political expression. They use craft to tell a story, prove a point, or bring attention to issues. Often their work is passionate and provocative. The artists selected for Messages express many different interests and points of view, but they have one thing in common: their skill and creativity are of the highest level.

materials to combine historic religious subject matter with contemporary culture. Baltimore bead artist Joyce J. Scott learned quilting and beading from her mother and draws from references as wide-ranging as Africa and comic books to focus on issues such as race and stereotyping. New Orleans jewelry artist and sculptor Thomas Mann is famous for his “Techno-Romantic” designs. He created Storm Cycle, a series of wall panels that document the untold stories in his beloved city after Hurricane Katrina. 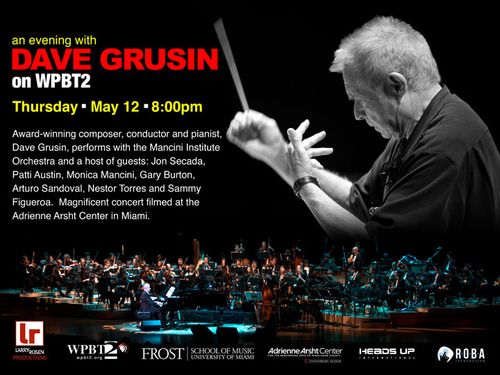 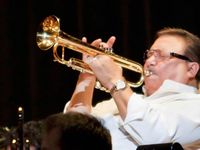 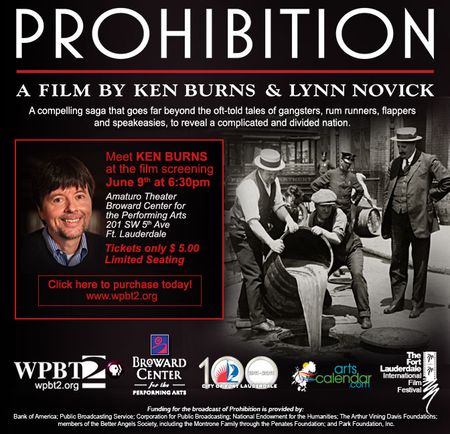 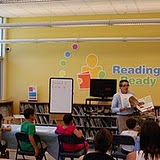 A magical adventure awaits as celebrity storytellers, from around the world

join the cast of the Bit’s ‘N Pieces Puppet Theatre, Mother Goose on the Loose, Niall de Burca, magician Robert Hermens, the Bahamas Junkanoo Shakers, Geeta Dias: Bollywood Indian Dancers, School of Rock, the Hip Hop Kids and many others! Also back by popular demand is the teen zone-an area just for ‘tweens and teens which features anime, manga and video gaming competitions, plus activities around popular books and lots of cool surprises!

This FREE event is open to people of all ages and takes place at the Main Library - 101 W Flagler Street in downtown Miami. It begins at 10:30 am and ends at 4:00 pm.

Filmed over nearly three years, Lucy Walker’s WASTE LAND follows renowned artist Vik Muniz as he journeys from his home base in Brooklyn to his home country of Brazil, and to Jardim Gramacho, the world’s largest garbage dump located on the outskirts of Rio de Janeiro. There Muniz photographs an eclectic band of catadores, pickers of recyclable materials, and works with them to “paint” their portraits using

garbage. The resulting collaboration with these inspiring characters provides profoundly moving evidence of the transformative power of art and its impact on the human spirit. 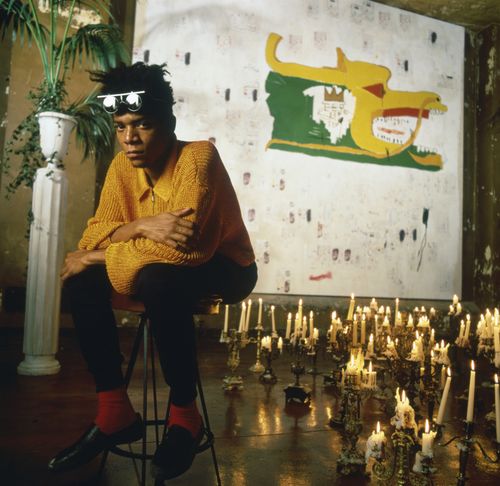 WPBT2 and Independent Lens bring to life the story of a revolutionary artist in Jean-Michel Basquiat: The Radiant Child premiering Tuesday, April 12 at 11:00pm on WPBT2.

Centered on a rare interview that director Tamra Davis shot with her friend and contemporary artist Jean-Michel Basquiat over 20 years ago, Jean-Michel Basquiat: The Radian Child is the definitive chronicle of the short but brilliant life of the young artist who revolutionized the New York art scene almost overnight.

Told through interviews with his fellow artists, friends, and lovers, the film recounts

In the gritty, crime-ridden city that was New York in the late 1970s, artists, punk rockers, and writers flourished in the grimy oasis of the East Village. Among them was Basquiat, a Haitian/Puerto Rican graffiti artist from Brooklyn, who covered the city with the tag SAMO. In 1981, he put paint on canvas for the first time, and by 1983 he was an artist with rock star status.

In 1985, he and Andy Warhol became close friends and painting collaborators; however, they soon parted ways, and Warhol died suddenly in 1987. Basquiat’s heroin addiction worsened, and he died of an overdose in 1988 at the age of 27, leaving behind an enormous body of work including thousands of paintings and drawings with the potential to sell for more than a million dollars today.

With compassion and psychological insight, Tamra Davis details the mysteries that surround this charismatic young man, an artist of enormous talent whose fortunes mirrored the rollercoaster quality of the downtown scene he seemed to embody. 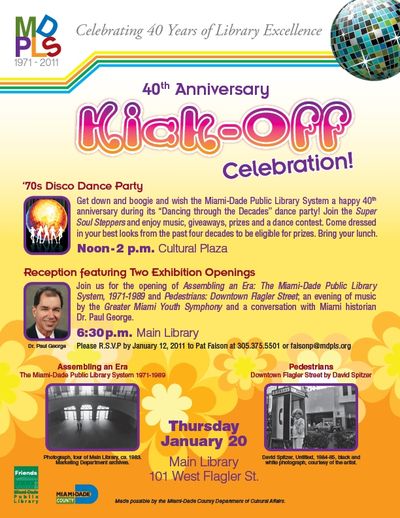 Have you ever caught yourself searching endlessly for new music to add to your library?  Do you want to discover new artists and tunes? Well, Miami has a treat for you.  The Miami Music Festival will be in town from Thursday, November 11 through Sunday, November 14.  The event will showcase all genres of music from hip-hop to jazz and will feature acts from all around the world including emerging local artists.

There will be a special showcase on Saturday, November 13 at Flavour in Coconut Grove from 9:00 p.m. to 2:00 a.m.  This showcase will be hosted by Jessy Schuster, host of Pulse, a WPBT2’s original production.  New artists such as Mosiah, Honorebel, Mixed Culture, Jahfe and Fully Loaded Band will perform.

All access tickets to the festival are only $25 and can be purchased in advance.  For locations, times and ticket information, visit miamimusicfestival.org.  Isn’t it time you discovered that new tune you have been searching for?