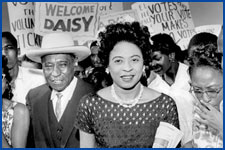 Independent Lens: Daisy Bates: First Lady of Little Rock
As a black woman who was a feminist before the term was invented, Daisy Bates refused to accept her assigned place in society. This program tells the story of her life and public support of nine black students who registered to attend the all-white Central High School in Little Rock, Arkansas, which culminated in a constitutional crisis — pitting a president against a governor and a community against itself. Unconventional, revolutionary and egotistical, Bates reaped the rewards of instant fame, but paid dearly for it. 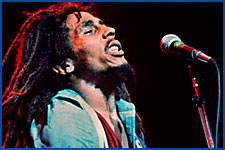 Friday, February 3 at 10:00 p.m.
& Monday, February 13 at 10:30 p.m.
Reggae: The Story of Jamaican Music
Ten years after their Independence, Jamaica was gripped by unemployment, crime and violence, and as so many of the emerging generation of Jamaicans, who had grown up with Independence, were victims of this, they reacted with the most potent weapon at their disposal – music. As the 1970s unfolded, subject matter changed to give voice to the protests the people wanted to express against the government, while urging their fellow youth to stick to the path of righteousness. Reggae music became a way to combine the two ideals. 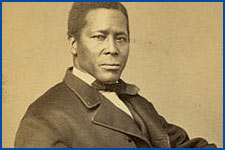 Monday, February 6 at 10:00 p.m.
Underground Railroad: The William Still Story
Extraordinary people risked their lives to help fugitive slaves escape via the clandestine Underground Railroad. Among them was William Still of Philadelphia, a free black man who accepted delivery of transported crates containing human “cargo.” This documentary reveals some of the dramatic, lesser-known stories behind this humanitarian enterprise, and explores key Canadian connections, including the surprising fate of former slaves who crossed the border to “Freedom’s Land.” 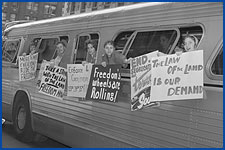 Tuesday, February 7 at 8:00 p.m.
American Experience: Freedom Riders
In 1961, segregation seemed to have an overwhelming grip on American society. Many states violently enforced the policy, while the federal government remained indifferent, preoccupied with matters abroad. That is, until an integrated band of college students, decided, en masse, to risk everything and buy a ticket on a Greyhound bus bound for the Deep South. They called themselves the Freedom Riders, and they managed to bring the president and the entire American public face to face with the challenge of correcting civil-rights inequities that plagued the nation. 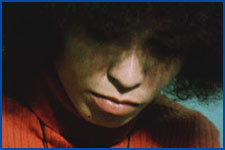 Independent Lens: The Black Power Mixtape 1967-1975
Combining startlingly fresh and candid 16mm footage that had lain undiscovered in the cellar of Swedish Television for the past 30 years, with contemporary audio interviews from leading African-American artists, activists, musicians and scholars, ”Mixtape” looks at the people, society, culture and style that fueled an era of convulsive change, 1967-1975. Utilizing an innovative format that riffs on the popular 1970s mixtape format, this is a cinematic and musical journey into the black communities of America. 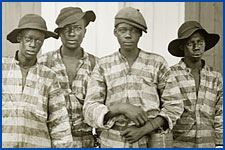 Monday, February 13 at 9:00 p.m.
Slavery By Another Name
A Sundance Film Festival selection for 2012, this new documentary explores the little-known story of the post-Emancipation era and the labor practices and laws that effectively created a new form of slavery in the South that persisted well into the 20th century. Blackmon examines the concept of “neo slavery,” which sentenced African-Americans to forced labor for violating an array of laws that criminalized their everyday behavior. Actor Laurence Fishburne (“CSI: Crime Scene Investigation,” Thurgood) narrates. 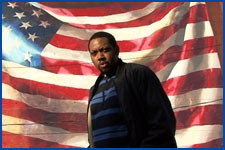 Monday, February 16 at 11:00 p.m.
Independent Lens: More Than a Month
Shukree Hassan Tilghman, a 29-year-old African-American filmmaker, is on a cross-country campaign to end Black History Month. Through this tongue-in-cheek journey, “More Than a Month” investigates what the treatment of history tells us about race and equality in a “post-racial” America. 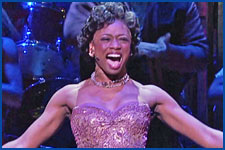 Friday, February 24 at 9:00 p.m.
Great Performances: Memphis
Winner of the 2010 Tony Award for Best New Musical, “Memphis” turns the radio dial back to the 1950s to tell the story of a white DJ, named Huey Calhoun (Chad Kimball), whose love of music transcends race lines and airwaves. His romantic interest is Felicia Farrell (Montego Glover), a young black singer whose career is on the rise. When the two collaborate, her soulful music reaches radio audiences everywhere, and the golden era of early rock ‘n’ roll takes flight. But as things heat up, whether the world is really ready for their music — or their love — is put to a test. 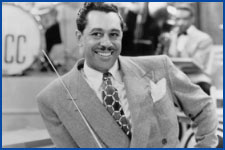 Wednesday, February 27 at 10:00 p.m.
American Masters: Cab Calloway: Sketches
“Minnie the Moocher,” with its popular refrain “Hi de hi de hi de ho,” was Cab Calloway’s signature song, and Harlem’s famous Cotton Club was his home stage. A singer, dancer and band leader, he was an exceptional figure in the history of jazz: a consummate musician, he charmed audiences around the world with boundless energy, bravado and elegant showmanship. His back glide dance step is the precursor to Michael Jackson’s moonwalk, and his scatting lyrics find their legacy in today’s hip-hop and rap. An ambassador for his race, Calloway was one of the first black musicians to tour the segregationist South, as early as 1932.