They Still Rock
Jim Leher at the Miami Book Fair

What A Funny Guy Woody Is! 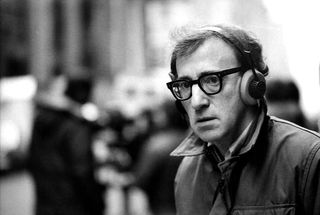 Known for movies such as "Annie Hall", "Husband and Wives", "The Mighty Aphrodite" and "Midnight in Paris", Woody Allen has been a pillar in the film community for decades.

Emmy-winning and Oscar-nominated filmmaker Robert Weide follows the legendary writer, director, actor, comedian and musician for over a year and a half to document Allen's day to day life, something Allen has never let anyone do before. The documentary covers Allen's childhood and leads up to the writer/director he has become, averaging one film a year for more than 40 years.