WPBT2 premieres Craft in America: Messages on May 24th at 8:00 pm
WPBT2 Premieres Season 6 of Check, Please! on Mondays at 7:30 pm Beginning May 16th.

Jim Lehrer to step down from daily broadcast at ‘NewsHour’ 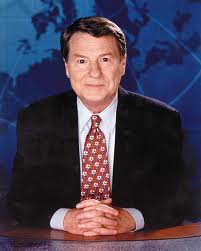 Jim Lehrer, who has anchored PBS’s “NewsHour” program for 36 years, said Thursday morning that he is stepping down from the daily broadcast, ending the longest run of a national anchorman.

Lehrer, 76, said he would leave as anchor on June 6 but would continue to appear on Fridays to moderate the show’s weekly news analysis segment featuring a panel of journalists. He will also continue to be involved with the program’s producer, MacNeil/Lehrer Productions, based in Arlington.

In addition to his familiar role on PBS, the widely respected Lehrer may be best known to American audiences as the moderator of presidential debates. He has handled that job 11 times, including one of the debates between Sens. Barack Obama and John McCain in 2008.

Lehrer’s career spans several eras of television, from a time when most people had black and white sets to the digital age. When he was honored last month with a career achievement award by the National Press Club, the club’s president, Mark Hamrick, announced his selection by saying, “Amid the cacophony of a sometimes shrill media landscape, he has remained the true voice of reason, balance and fairness.”

The “NewsHour” began in 1975 as “The Robert MacNeil Report,” with Lehrer as a Washington correspondent and one of its developers with MacNeil. In 1976 the program was renamed the “The MacNeil/Lehrer Report.” It became “The NewsHour with Jim Lehrer”in 1995 when MacNeil left.

Lehrer temporarily left the program in April 2008 to undergo heart-valve surgery, but he returned within three months. The broadcast was redubbed the “PBS NewsHour” in December 2009 to reflect a multi-anchor anchor format featuring Lehrer, Gwen Ifill, Judy Woodruff, Jeffrey Brown, Ray Suarez and Margaret Warner. They will continue to anchor on a rotating basis after Lehrer departs.

A former newspaperman in Texas, where he covered John F. Kennedy’s assassination, Lehrer began his TV career in 1970 as an anchor of a news program on a Dallas public TV station, KERA.

Lehrer has written more than two dozen novels, and several plays and screenplays, including “Viva Max!,” which was produced in 1969 starring Peter Ustinov. He has also written two memoirs, including “A Bus of My Own,” in 1992, reflecting Lehrer’s lifelong enthusiasm for buses.

He also has written a book about his experiences moderating presidential debates called “Tension City,” which will be published in September.