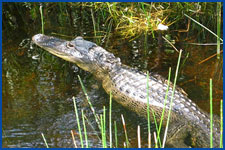 Follow the Roberts family from Homestead during a weekend camping trip in the Everglades National Park in Into the Wild airing Monday, April 18 at 10:30 p.m.  Before their adventure begins, family members give their honest opinions about the planned activities, their fears and concerns with the idea of spending a night in the Everglades. Their stay is filmed in a reality-TV format in order to give the audience a feeling of what the family experiences.  The goal is to show an up close and personal look at the beauty and grandeur of what has been called “The River of Grass’ and to show local residents what’s in their backyard. 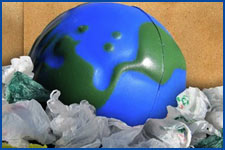 Follow Jeb Berrier, an average American guy who is admittedly not a "tree hugger," who makes a pledge to stop using plastic bags in Bag It! airing  Wednesday, April 20 at 11:00 p.m.  His girlfriend, Anne, joins him in the challenge to decrease their use of plastic at home. This small action gets Jeb thinking about plastic, not just about plastic bags, but other kinds of plastic. "What is plastic made of? Is it recyclable? Does it decompose when it ends up in the landfill? Does plastic have negative health effects?" Jeb wants to learn more, so he embarks on a global tour to unravel the complexities of our plastic world. 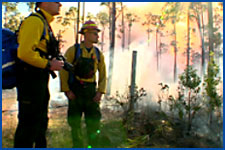