A Night of Poetry Everywhere with Liam Callanan and Campbell McGrath is hosted by the Miami Dade Public Library System on Thursday April 14 at 6:30
WPBT2 premieres Looking for Lincoln on April 12th at 8:00 pm. 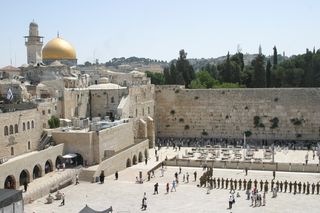 NOVA takes television viewers on a fascinating scientific journey to the beginnings of modern religion in The Bible’s Buried Secrets, a landmark documentary airing Wednesday, April 13 at 9:00pm on WPBT2.

NOVA’s comprehensive archeological and literary investigation traces the origins of the ancient Israelites, explores the evolution of their belief in one God and reveals how the manifestation of their faith, the Hebrew Bible, also known as the Old Testament, was written. 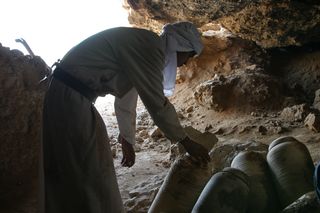 ancient cities dating back three thousand years as a spectacular backdrop. These interviews — along with historic works of art, ancient artifacts, animations of biblical passages and scenes, and dramatic recreations of extraordinary events — help tell the story of the ancient Israelites and how they found their one God — the God not only of modern Judaism, but also of Christianity and Islam.

The Bible’s Buried Secrets brings together more than a century of meticulous literary research and decades of archeological exploration in the Holy Land and challenges many long-held assumptions. Filmed throughout the Middle East, the documentary transports viewers into the world of the Old Testament through guided explorations of ancient ruins and advanced digital animation techniques, which bring sacred places, including the long-lost Temple of Solomon, to life.