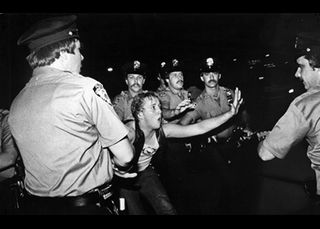 In the late 1960s it was time of protests: black rights, war and women rights. One group was not apart of this: homosexuals. Many people thought homosexuality was a mental illness, and they did not want it to infiltrate society. Police would arrest gays and lesbians if they were seen together out in public, and people would just abide by these rules. The Stonewall Uprising was the first time that gays and lesbians fought back to the discrimination that they faced during this time. They did not fight back until June 29, 1969.

Stonewall Inn was a known gay bar in Greenwich Village in New York City. It

was the one place where gays could escape until the police started raiding it. American Experience: Stonewall Uprising goes in depth into the events of this night and the events that happened afterwards. The show premieres on WPBT2 on April 25th at 9 p.m.