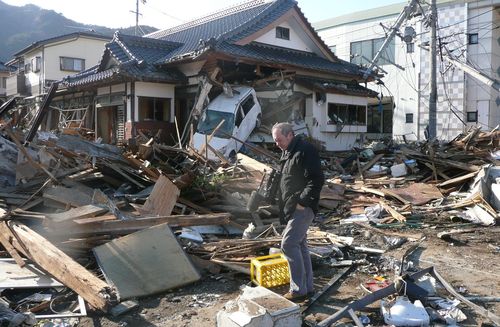 Imagine stepping into work on what seems like an ordinary Friday.  The day goes by as you occasionally glance at the clock in anticipation for the weekend.  All of a sudden, your desk shakes.  Startled, you push your chair back and stand up.  Your co-workers are also standing and looking around in curiosity.  In that moment, the building starts to shake.  Items begin to fall from your desk and shatter on the floor.  Coworkers are screaming, and you can hear the building around you start to crack.  You get up and run out of sheer panic that the building will collapse on you.

As you run out of the building, the ground stops shaking, but you hear a siren.  You get into your car, which was surprisingly left undamaged.  You drive away from the impending disaster.  As you drive further away, you are confident you are in the clear and you breathe a sigh of relief.  But as you take a deep breath, your eyes glance at your rearview mirror and a wall of water is less than a foot away from your car.  Everything turns black. 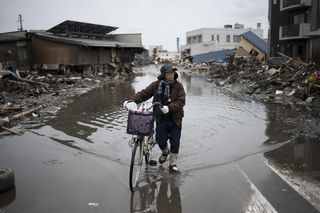 This seems like it could only be a scene from an action movie, but in no way was this a staged disaster.  For those who live in Japan, this was reality the afternoon of March 11, 2011.  The earthquake that hit Japan was the fourth largest in the world and the largest to hit Japan.  Within the hour of the quake, a tsunami with 30 foot high waves washed over the Japanese coast and obliterated everything in its path.  Homes and businesses were destroyed, people were lost and the nuclear plants were heavily damaged arising concerns over radiation leaks.

Following the catastrophe, media is inundated with stories and opinions about what happens next in Japan. We far from know the ultimate outcome, but one thing is already clear: the need for a dramatic but clear-headed exploration of what triggered the quake and tsunami. Join WPBT2 and NOVA as they premier Japan’s Killer Quake on Wednesday, March 30 at 9:00pm.  Nova will unpack the story of the disaster in suspenseful “real time” and provide first-hand coverage of how Japanese authorities responded to the immense scale of the catastrophe.

Beyond its suspenseful unfolding of day-to-day events, Japan’s Killer Quake will explore the disaster’s broader implications and the risk of a comparable disaster on the US west coast, where earthquake preparedness is nowhere near as advanced as in Japan.