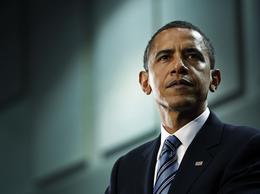 On the night of Barack Obama's historic inauguration, FRONTLINE examines the rich personal and political biography of the 44th president of the United States. Through interviews with insiders and observers who've tracked Obama from his days at Harvard Law School, through his rise in Chicago politics, to his emergence onto the national scene after the 2004 Democratic National Convention, FRONTLINE chronicles Obama's meteoric rise, pushing beyond the headlines to reveal how he won one of the most memorable, and important, presidential elections of our time.
Would you like to watch the Inauguration with fellow South Floridians?  Click here for details.